At P R Alcock we have both skilled carpenters and joiners as part of our team of highly qualifies and experienced trades people.

Carpenters and joiners share some of the same skills, the overlapping of those skills doesn’t make it any easier and to make it more confusing both are considered carpentry, but with some key differences.

In simple terms Carpenters put things together on a building site and use nails and screws to fix them together. As the name suggests Joiners join things using joints in the wood not screws and nails. 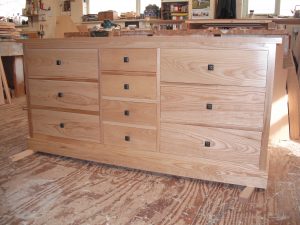 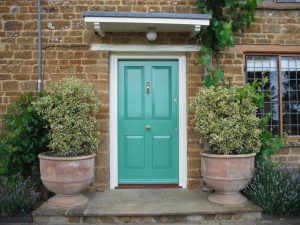 Carpenters are usually involved on the larger elements of construction, such as roofs, floors and wall framing. Carpenters are flexible in where they can work. Portable and lightweight tools give carpenters the ability to ply skills just about anywhere.

A Joiner is usually responsible for producing things like stairs, windows, bookshelves and
tables, as well as interior and exterior doors. 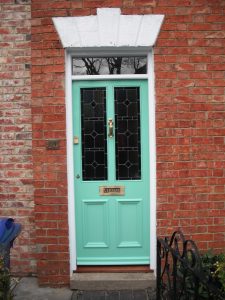 The machinery used to form the various joints is not portable and so most of their work is done in a workshop. At P R Alcock we have a large workshop with state of the art machinery to produce high quality precision finished doors, windows, stairs, balustrades, cupboards, libraries, shelving, signs, roof trusses, sash windows and a wide variety of other joinery. 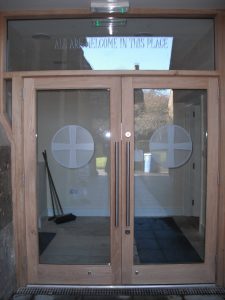 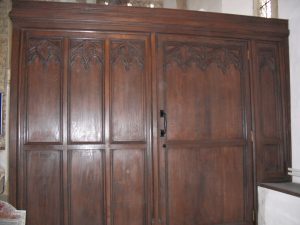 Cabinet markers are often regarded as a part of joinery because of their excellent wood working skills. 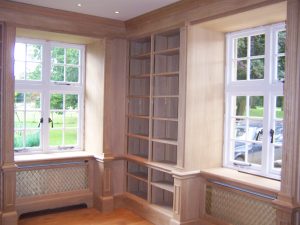 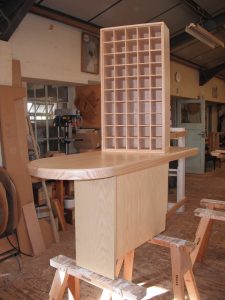 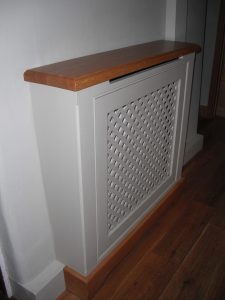 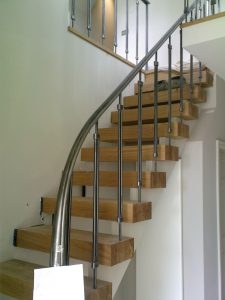 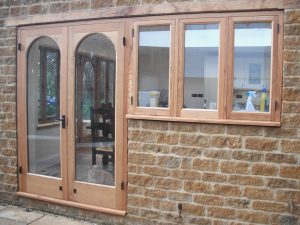 Demand for wooden windows has increased in new build, replacement and renovation projects. This is mainly due to the green credentials of timber windows.
Most timber is sourced from managed forests where the trees they cut down are replaced with new planting.
We can produce an almost infinite variety of styles from traditional sliding box sash with modern day seals to high performance casement windows with many different profiles.

P R Alcock have completed a wide range of window projects, these include listed building and restoration work. We take great pride in keeping the traditional characteristic of any home or building of historic interest, but also use modern seals, and locking systems to bring them up to date. The added benefit of this is the insulation properties of a new window are significantly improved but they look just like the old windows they are replacing.

Made to measure doors 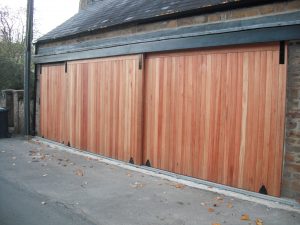 We make all of our wooden doors in our workshop in Banbury, where have been based since 1922. We begin with a blank plank of wood and create to an architect or clients design requirements.

We aim to offer a truly bespoke and friendly service. We understand the pressures of delivering to tight and exacting deadlines and standards. At P R Alcock as a family business for over 90 years we think we understand the need for efficient and courteous service, when we say we will deliver by a certain date we do.
We manufacture from soft or hardwoods and have expertise in producing a variety of different styles, why not visit our gallery to look at some of the beautifully created doors we have made over the recent past. If you have a door, which you would like to make a feature, we would be very happy to discuss the wide range of options available.